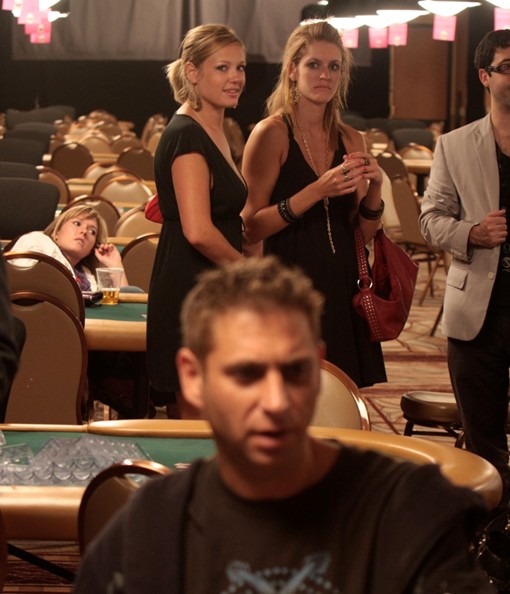 Girls on the Rail flocked to this weekend's WSOP events.

So focusing on the bigger picture, outside of Jeffrey Lisandro‘s second 2009 WSOP bracelet win, the other major story of the day was the start of Event #40 ($10,000 PLO Championship). A field of 295 entered, including some big names we haven’t seen much of yet (Patrik Antonius, Ziigmund, and…Tex Barch? He’s still playing?). About 115 of those players made it through to Day 2 (not including the aforementioned Antonius).

Maybe it’s because it’s the weekend, or maybe because a bunch of tanned, Speedo-wearing Euros with deep-pockets and morally casual attitudes are playing, but the event seemed to bring out more Girls on the Rail then we’ve seen before. Take for instance the girl above, who was sweating Mike Wattel (well played, Sir) and whose awesome breasts were literally spilling out of her dress. Click the below thumbs to view. 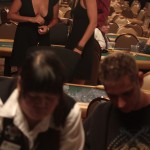 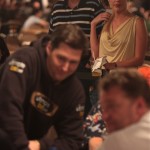 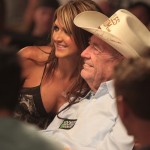 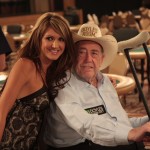 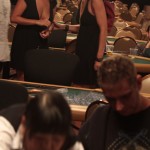 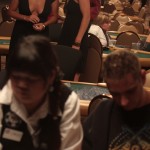