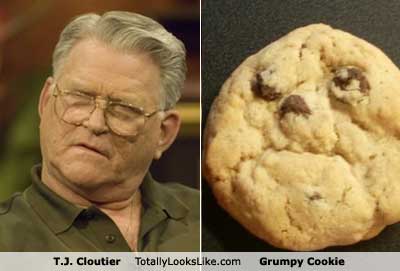 It’d be nearly impossible to do any kind of “greatest poker pics” series and not acknowledge the contribution of 2+2 to [the altering of] the game’s photography.

We debated a number of options, almost went with the Doug Lee toolbox photo, but after much feedback, settled on the TJ Cookier collaboration as the #15 Greatest Poker Pic of All Time.

It was the summer of 2008. 2+2 was in its heyday. The WSOP was in full swing. As you’d imagine, traffic peaks for poker sites during the WSOP. So the timing for a thread to blow up was perfect. And this thread was a touchstone of poker community creativity and humor.

As 2+2 overlord Kevmath told us:

Although the 2+2 forums consist of dozens of sub-forums, the one area that many associate with the site is News, Views and Gossip. Besides the vigorous debate that draws people in and leaves others cold, the NVG hivemind can come up with some creativity from time to time.  A perfect example of this would be the T.J. Cookier thread. Combining a poker legend with a chocolate chip cookie shouldn’t be that funny, but throw in the Photoshop skills of a few 2+2ers and you have comedy gold.

While a lot of images are now gone, still go back to the original thread for laughs here. Special call out to TJayBird for one of the funniest comments to kick off a thread ever and to meat whistle for the GOTR Cookier addition.