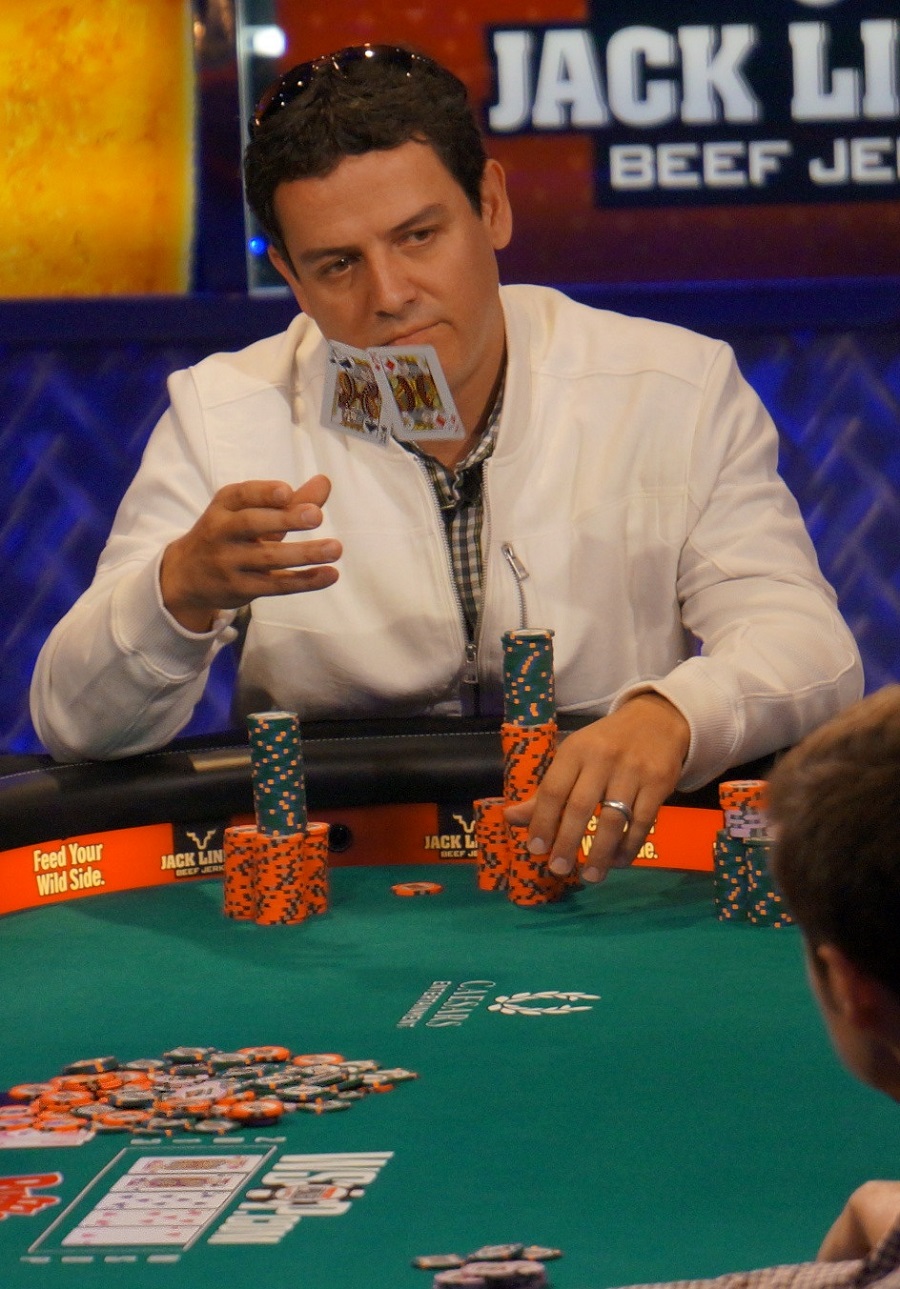 Some shots are cool because they capture an amazing moment in time. They’re the culmination of a bigger story. They have depth that adds weight to the picture itself.

And some shots are just fucking cool.

Carlos Mortensen was the clear headliner going into the final day of play at the 2013 WSOP Main Event. Mortensen is regarded by many of his peers as the best no-limit hold’em tournament player of all-time. He won the Main Event in 2001 just before the Moneymaker Effect years. Much like Elisabeth Hille and Gaelle Baumann in 2012, Mortensen was the “one” everyone was pulling for to make the November NineTM.

And then Mortensen didn’t make it. You can still hear the giant “fuuuuuuuuuuuuuuuuck!” from Ty Stewart echoing the labyrinth hallways of the Rio.

But while “Amigo” (as his friends call him) bubbled the November Nine, he did provide us with the greatest live tournament action shot in poker history.

The photo was taken by Jay “WhoJedi” Newnum. The story of the shot is told by Lance Bradley, Editor-in-Chief of BLUFF:

Action shots in poker don’t happen – period. I remember Jay [Newnum] telling me “I’ve got the shot” and thinking “oh, neat another poker player reaction shot.” Then I saw it and thought it might be the best poker photo I’ve ever seen. Right place, right time, sure… but Jay also framed it perfectly getting the board, Carlos’ face and the Kings in the shot. Given the time of the tournament, the profile of the player and what he was hoping to accomplish, I can’t think of a better photo from the Main event.

The pic was an instant social media sensation. Even Phil Hellmuth weighed in on it on Twitter:

PIC: if a picture says 1000 words, check this out!! Carlos Mortensen folding on featured table of ‪#‎WSOP‬ Main Event

It also turned out to be a fitting exit for poker community staple Jay “WhoJedi” Newnum. A few months after the picture, Jay was arrested for stealing dealer tips out of a box at Foxwoods using chopsticks. Unfortunate, but Jay at least gave the poker community one unbelievably great parting shot.