Home   20 Greatest Poker Pics of All Time – The Prelude 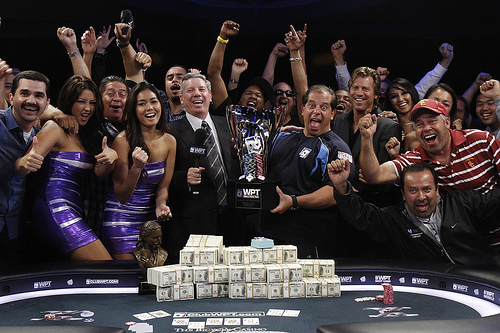 Close but no cigar.

A couple of weeks ago we received an email from a reader that just said, “Post Idea.”

The message was fairly straight forward:

“..do a countdown of the best poker pics in the history of history. Top 20, release one every day.” – Leonardo DiCaprio*

We were all over it. Daily content with just a picture and a few words? Sign us up!

The 20 Greatest Poker Pictures of All-Time project was underway.

But after we started asking some of our industry and player friends for feedback, things got deeper. Rod Stewart once sang “every pictures tells a story don’t it.” And it couldn’t be more true. This seemingly easy content-filler project became more involved.

There are plenty of amazing poker pics, but it’s the characters and stories surrounding the actual shot that ultimately grabbed our attention and made this a lot of fun.

It’ll all get started Tuesday the 18th. Before we post #20, here’s a gallery a few that just missed the cut.

* Or someone who has seen him in a movie, same difference.