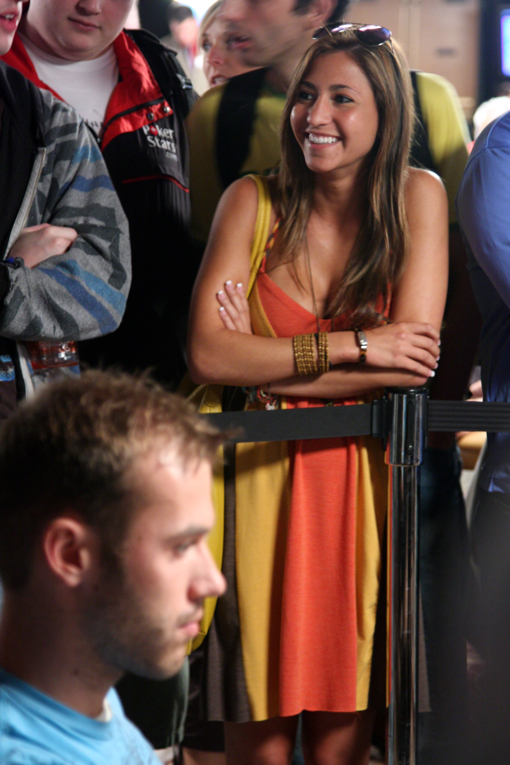 Mystery solved: the hot GOTR was there to sweat Steve Burkholder. Go below for more thumbs.

With so many tournaments going on yesterday at the 2009 WSOP, we’ll split this round-up into two parts: completed tourneys and still in action ones.

:: Event #4 ($1,000 NLH): Steve Sung outlasted a field of 6,012 to capture the Stimulus Event, turning his $1k buy-in into a $771,106 first place prize. He defeated Panayote Vilandos heads-up for the title and his first bracelet. Dan Heimiller, a ginger, finished sixth. Get full payouts and recaps here. Extra bonus of Sung at the final table with a GOTR that makes us just wanna sing, “Go Cubs Go!”

:: Event #5 ($1,500 PLO): After being at or near the top of the chip lead for the entire tournament, Jason Mercier pulled out a win in Event #5. This is Mercier’s first bracelet (he has two EPT titles). The 22 year-old banks $237,415 for the win. Mercier defeated Steven “PiKappRaider” Burkholder for the title. Get full final table payouts here. 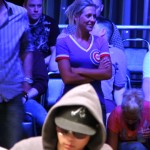 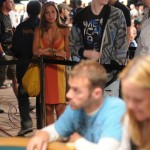 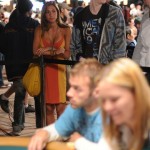