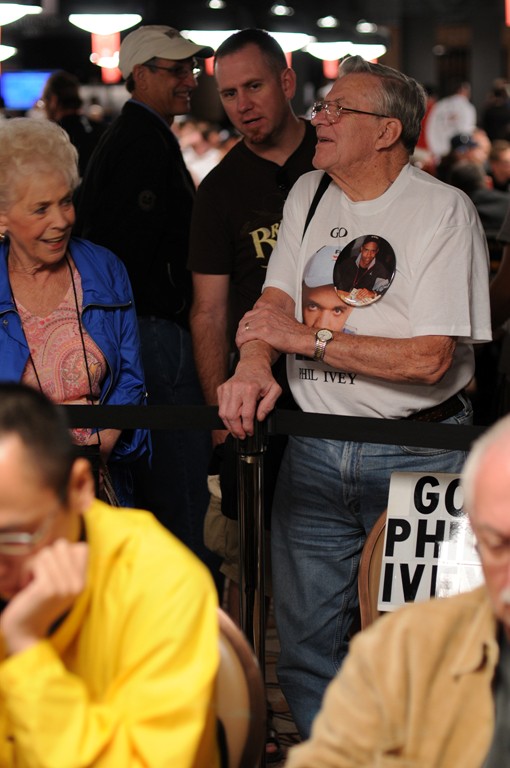 :: As you’ve likely heard by now, Day 1D has been officially sold out. They are not going to have an impromptu Day 1E, or alternates, or let any of those willing to plunk down $10k in. This is a shame since there were enough players ready to go that would’ve allowed the 2009 WSOP Main Event to break last year’s numbers.

:: Jeffrey Pollack and crew (hopefully a vlog coming soon) held a meeting with some of the shut out players where they accepted all the blame for the situation and at least tried to explain the logistical issues involved with letting them grind it out. PR head Seth Palansky stepped in and asked the 150 or so in attendance why they didn’t just play earlier on one of the non-sold-out-days. Good point, but it seems like SOMETHING could’ve been done to figure out a way to let these players play, bring in the $300,000 or so in revenue it would’ve generated for Harrah’s, and given a great PR boost to the WSOP. If the 2009 WSOP Main Event could’ve broken last year’s numbers, poker would prove to be recession proof from The EconomyTM.

:: Despite the day being sold out, there still is not an official numbers count on entrants. Expect that around 6pm PT.

:: Phil Ivey was asked to play the featured table, but turned it down. Why? Word is he’s been playing in Bobby’s Room non-stop the past two days (big cash games have picked up) and just didn’t want to deal with it. Sucks for the people at his table, who lost out on a shot to make this a freeroll from getting patched up. In related news, Ivey is one of the early chip leaders, already more than doubling up to 71,000.

:: Lots of talk about “preferential treatment” of “name” players who might’ve gotten shut out from entering but still managed to get in the field. On one hand, we don’t care. Every sports/gaming league plays to its favorites or stars and that’s just life. On the other hand, if true, it doesn’t look good and will get average Joe’s on the forums flaming.

:: Some smoking hot girls playing today and on the rail. Pics coming soon.