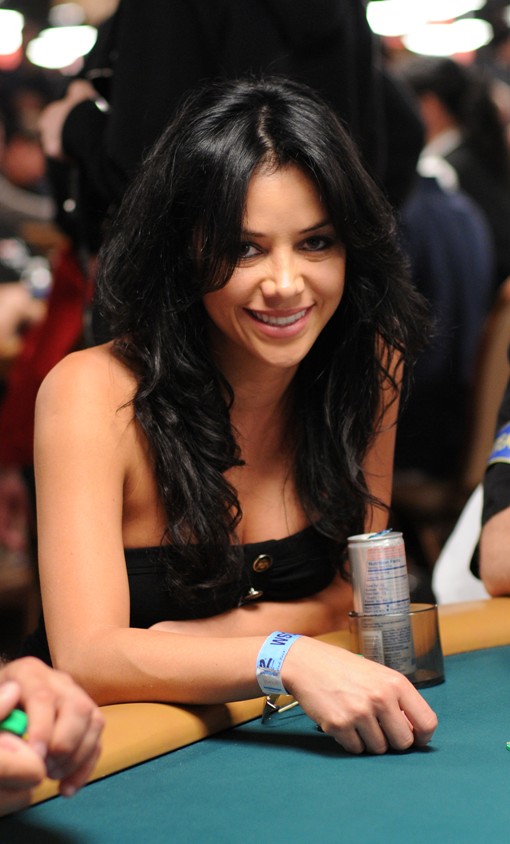 Paola Martin could significantly pretty up the 2009 WSOP Day 1A and 1B broadcasts on ESPN.

Unfortunately, tonight will likely be the two least compelling episodes of the Main Event. Days 1A and 1B had the smallest fields and were lightest on the big names.

Day 1A saw a field of 1,116 with a featured table included Allen Cunningham, Eli Elezra, and Lex Veldhuis. Jason Alexander will probably garner attention too, as he made it to Day 2A as one of the big stacks (and was consequently feature tabled). Day 1A also brought us Paola Martin (above, more here), a genuine poker hottie who may or may not receive airtime.

Day 1B, which took place on July 4th, was the smallest field of the ME with 873. Doyle Brunson was feature tabled on this one. While Day 1B kind of sucked, it did bring us Girl on the Rail HOF candidate “Angel Girl” (view here).

Next week should pick up, and it’ll be interesting to see if they do anything about players being shut out on Day 1D.