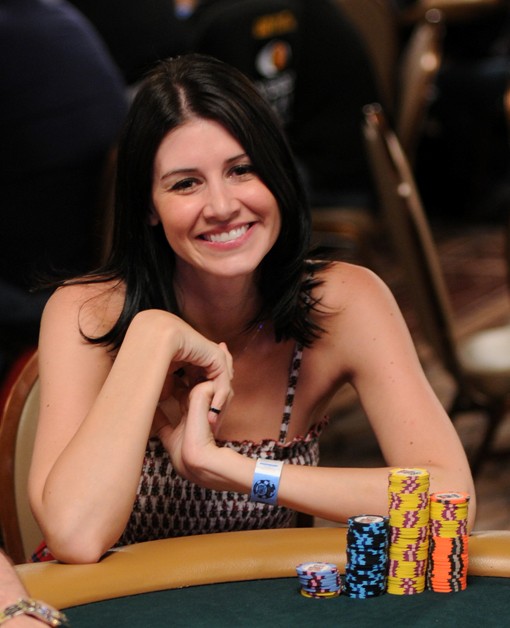 The 2009 WSOP Main Event is off today as tournament officials combine the fields for consolidated play on Friday.

The overall chip leader is Amir Lehavot with 610,500. Amir, a professional player from Weston, FL, made a late surge at the end of Day 2B to claim the lead.

Among the Day 2B big stacks include Phil Ivey, who has been steadily building his stack up to 350,000. If ESPN approaches him on Day 3 for the featured table, there may be a mini-revolt if he turns it down this time. Word is that players from his Day 1D table coalesced to see if they could get some sort of compensation for the money they (may have) lost out on from getting patched up on ESPN. Good luck with that.

Get a great breakdown of 2009 WSOP Main Event stats from Nolan Dalla here.

UPDATE: We just got word from Dee Dozier (above) that she’ll be around to pretty up Day 3 of the Main Event. She ended up finishing Day 2B with 125k in chips.