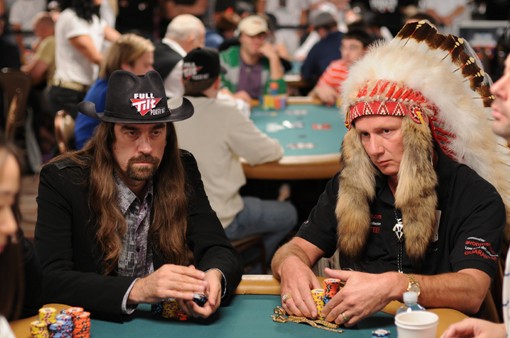 It’s been awhile since we’ve seen a “name” pro as the chip leader after a few days into the WSOP Main Event. It’d be easy to blame this on global warming, the threat of another terrorist attack, or on Dan Michalski, but in reality, it more has to do with the freaking enormous fields and countless amateurs in the Main Event who are in far greater number than the pros.

However, after Day 3 of the 2009 WSOP Main Event, Bertrand ‘ElkY’ Grospellier, inarguably one of the hottest (non-looks-wise) players on the circuit, is the overnight chip leader stacked at 1,380,500.

ElkY is currently the only player over a mil in chips. He’s followed by Lacay Ludovic from fuck you France with 896,000.

As you can see, there are clearly plenty of big names that will go deep and bust just shy of making the November NineTM, leaving us with a bunch of people we’ve never heard of before or likely never will again. Some names who were eliminated already though include Jeffrey Lisandro, Paola Martin, and Dee Dozier.

Get full(er) chip counts here. Also, 789 remain, which means we’re 141 from the money, which will be hit today.