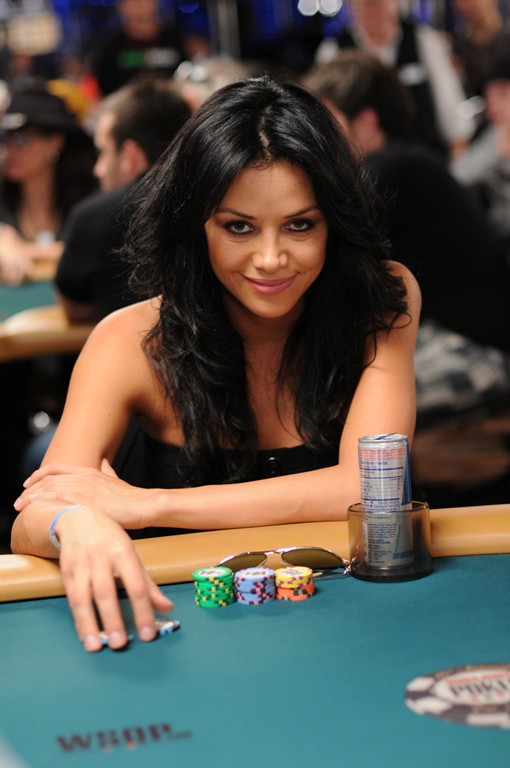 Hot damn. The 2009 WSOP Main Event got off to a smoking start.

A sounds-just-about-right 1,116 entered Day 1A of the 2009 WSOP Main Event. While not a lot of the marquee name pros will be playing until Days 1C & D, many of the usual suspect celebs were part of yesterday’s field.

Among the field was the insanely hot Paola Martin, who was sitting at Andy Black‘s table (Blue 36). Don’t know anything about her other than she also looks freaking fantastic in a bikini (here). The Beverly Hills, CA resident made it to Day 2 with a shortish stack of 18,575. View more of Paola in action in the below gallery.

UPDATE: The overnight chip leader is NOT Eric Cloutier (this guy) who managed to launder chip up to 15,750. He’s followed by Redmond Lee from London with 134,275.

Among the 295 who hit the rail include Jerry Yang (shocker), Nelly (shocker), Orel Hershiser (shocker), and Allen Cunningham.