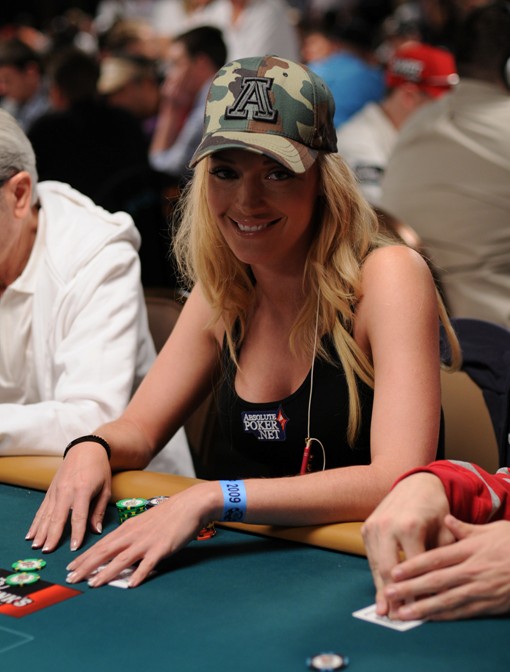 Lacey Jones won't be around to pretty up Day 2. However, expect a hot girls from Day 1C photo dump coming later today.

In some ways, it feels like the 2009 WSOP Main Event didn’t really get going until Day 1C.

The big names came out in full force. Phil Hellmuth did his most ridiculously over-the-top and awesome entrance (this time as Caesar) to date. Say what you will about creating a spectacle and being an egomaniac, poker needs more fun, publicity-driven stunts like this. And finally, we had a field size that felt like the Main Event, with 1,696 entered. Today should be fun, with an anticipated field of 2,500+.