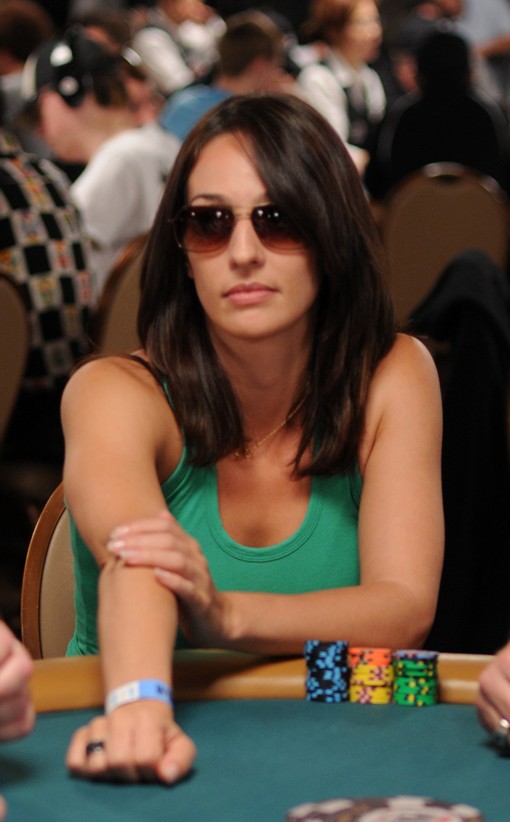 Kara Scott, a woman, was among the many red-coat lovers who played WSOP Day 1B. She ended play stacked at 21,925.

As expected, it was a low turnout of America-haters on July 4th yesterday. Clearly all 873 people who played World Series of Poker Main Event Day 1B don’t appreciate the sacrifices made by people like George Washington, Alexander Hamilton, Thomas Jefferson, and John Adams in freeing ourselves from the oppressive rule of Great Britian and creating the greatest democracy the world has ever known. One thing is certain, we’re 1000000% sure that this guy didn’t play yesterday.*

Anyway, instead of getting drunk at Phil Gordon‘s BBQ and watching a spectacular fireworks display, Brandon Demes ended Day 1B as chip leader, stacked at 137,075. He’s followed by somebody who we guess would rather be paying high taxes on tea, Andrew Gaw, with 126,100. In probably the least shocking news ever, Fabrice Soulier played yesterday, chipping up to 97,725.

Stamp Act loving and FOWCP Joe Sebok had a roller coaster day. He took some bad beats early on, losing half his stack, then went on a run up to 79,000 by the end of the day. Our pick to go deep, Aurangzeb ‘Ozzy87′ Sheikh, who let’s just say if we saw his name on a passenger manifesto we’d get the fuck off the flight, ended with 59,675. FOWCP Jim Hess, a torrey, closed the day with 57,400. And Mike Matusow goes into Day 2 with 37,875.

Some big names not making it to Day 2 include Doyle Brunson, David “The Dragon” Pham**, and Chris Moneymaker.

* Kidding, one of the great things of U.S. America is if you want to play poker on the 4th of July, you have the freedom to do so. Fuck you, France.