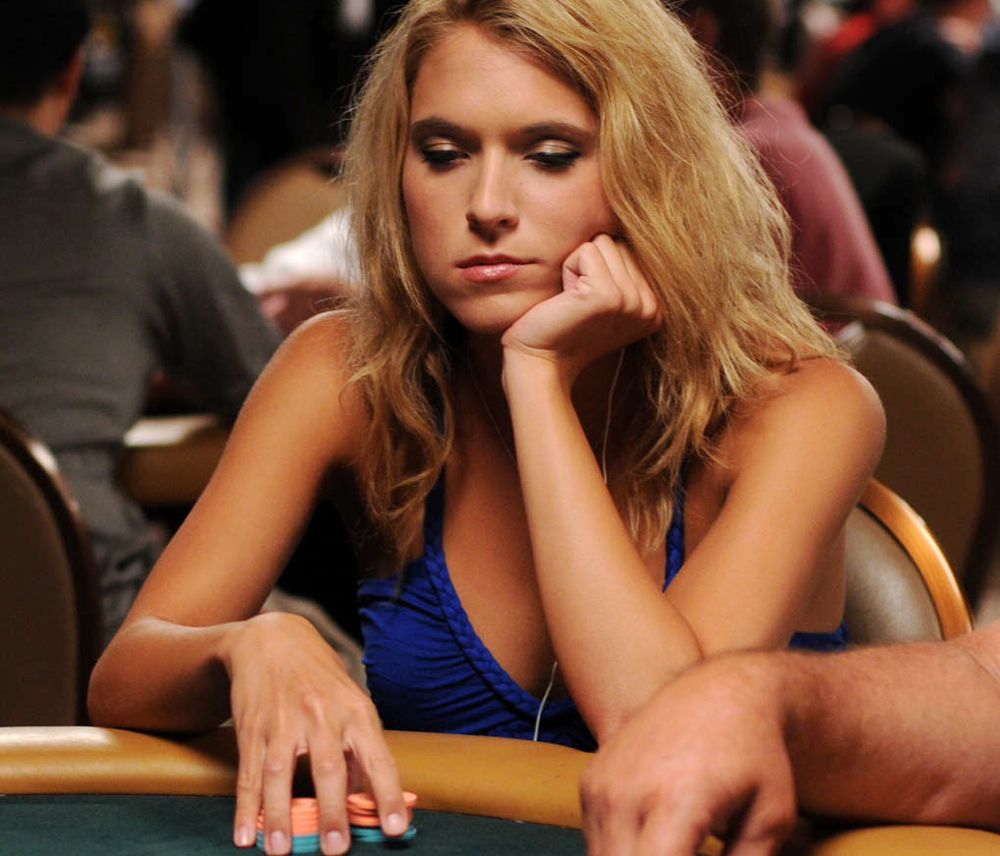 Our photographer found this girl prettying up the satellites today at the 2009 WSOP.

Come back tomorrow morning for a complete wrap-up of this weekend’s action at the 2009 WSOP but here’s a quick rundown from today followed by a photo dump (including more photos of the girl above):

:: Event #50 ($1,500 Limit Holdem Shootout): Greg “FBT” Mueller is closing in on his second WSOP bracelet of the series. He currently has a 5-to-1 chip advantage over Marc Naalden. David Williams went out fourth.

Click thumbnails below to see more photos from today’s action at the 2009 WSOP. Also check out our Weekend Photo Dump here.

* Promise, we’re not going there again.