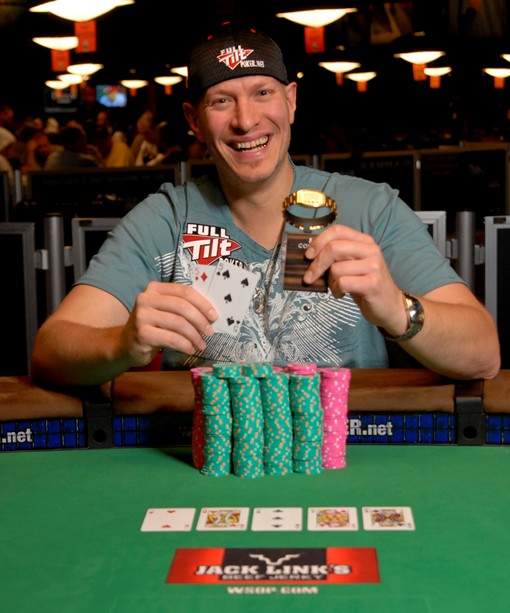 He seems pretty happy about this.

A lot of the buzz yesterday had to do with the NHL Awards being in town and the invasion of hockey players in the Rio Amazon Room. So fittingly, an ex-hockey player wins his first bracelet. Here’s the run-down:

:: Event #33 ($10,000 Limit Hold’em): The most noise for the day was generated at this final table, as all of Greg ‘FBT’ Mueller‘s backers that he owes money to friends and supporters cheered him on to victory and a long overdue first bracelet. Mueller defeated a talented final table to bank $460,836. Pat Pezzin finished second, Chad Brown third, and Daniel Alaei fourth. Get full results here.

Watch Negreanu Has Him Some Crazy Dreams on RawVegas.tv