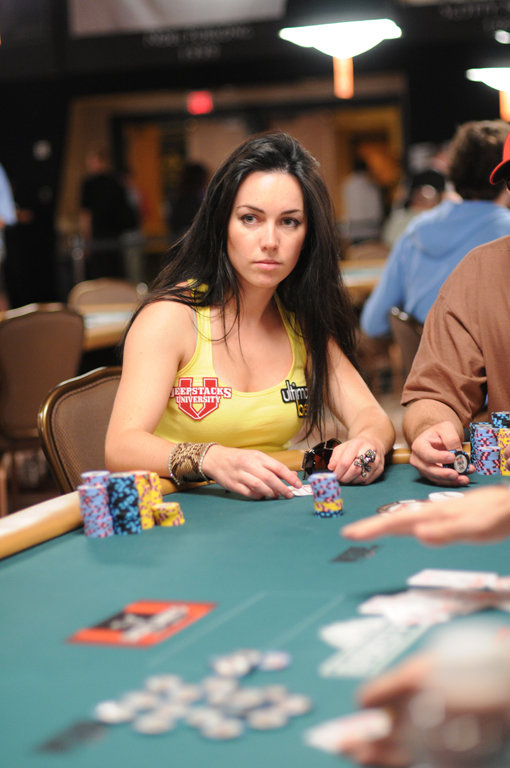 Another big name pro took home a bracelet yesterday when Roland de Wolfe captured Event #27 ($5,000 PLO 8B). Otherwise, plenty of action to follow. And as promised, a Girls on the Rail photo dump will be coming later today. But for now, here’s the rundown of weekend events:

:: Event #29 ($10,000 NLH Heads-Up): This is the one we’ll be following today, as Johnny Chan, who had pretty much faded from the collective poker consciousness, finds himself in contention for a record-tying eleventh bracelet. “Eleventh” is a bitch to say if you have a lisp or a fat tongue. Only 8 remain, one of which is Dustin “Neverwin” Woolf. Can’t wait to read the headlines if he pulls it out. See the other six remaining here.