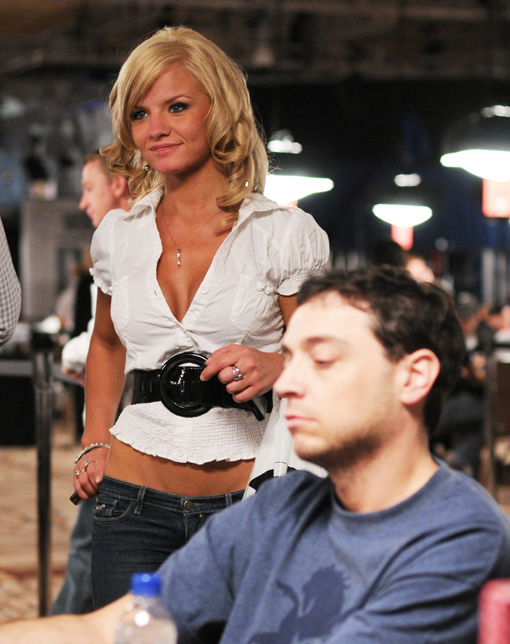 Ok, we may have a new winner for hottest Girl on the Rail ever. Let's hope she sweats tables as much as THO Girl.

With Daniel Negreanu’s second place finish in Event #14, a lot is riding on the Event #16 final table today. Both Jeffrey Lisandro and John Juanda are playing for a bracelet, and both have POY side bets (with Barry Greenstein) against the Negreanu and Erick Lindgren team.

:: Event #16 ($1,500 7CS): As noted in the lead paragraph, much like Phil Ivey’s 2-7 NL Lowball final table, this one has way bigger implications then just a bracelet and first place money. Jeffrey Lisandro is chip leader, stacked at 334,000. John Juanda is third with 287,000. An uncle-nephew team also made the final table, with Rod Pardey (whose son once went deep in the Main Event) and Eric Pardey as fourth and fifth in chips. Get full counts here.