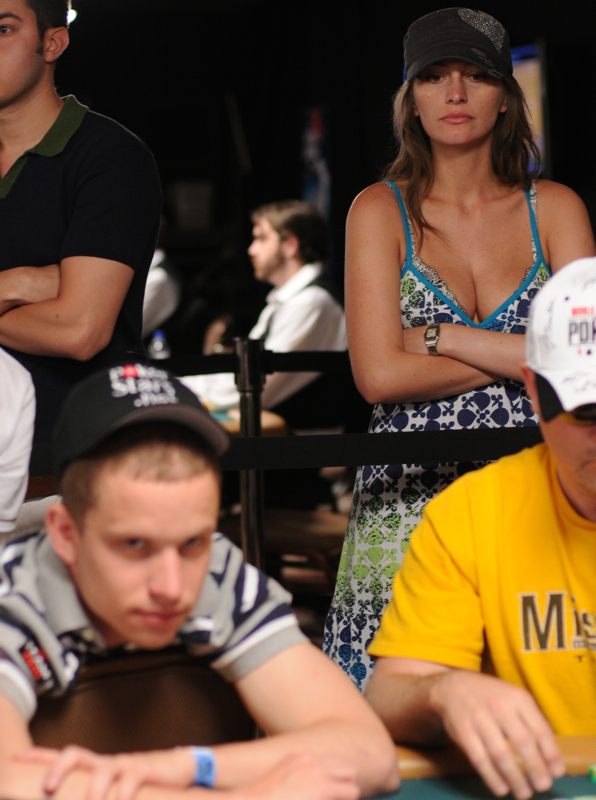 Peter Eastgate is one of many "name" pros who are leaving it all hanging out there but with little results at the 2009 WSOP.

While the final tables yesterday were of the friends and family variety, some potentially good storylines developing in other tournaments. Here’s the recap:

:: Event #9 ($1,500 NLH Six-Handed): Ken Aldridge won his first bracelet while banking $428,259. Unless you’re a close relative or possible childhood best-friend, you don’t really care about the rest of the final table. But for sheer morbid curiosity, view results here.

:: Event #10 ($2,500 PLH/PLO): Plenty of big names made the money in this 453 person field, but the final table was mostly blah. Cornel Cimpan just missed out on winning a WPT title and WSOP bracelet in the same year when he finished fourth. Eventually Rami Boukai took this one down, banking $244,862. View full results here.

:: Event #11 ($2,000 NLH): Only 25 remain from the starting field of 1,646. Phil Hellmuth was eliminated in 29th place, making this his redunkulous 70th WSOP cash. Yet again, another friends and family final table is shaping up. Chris Taylor is the overnight chip leader. UFC Octagon voice Bruce Buffer put the ladies aside long enough for his first ever WSOP cash ($3,894). He discusses the cash (and jetting off to Germany early next week) here. Get chip counts here.

:: Event #12 ($10,000 Mixed Championship): The money bubble burst towards the end of play and now 20 remain. Our old Official Pick to Win ItTM, Huck Seed, is the overnight chip leader, stacked at 645,500. Our current Official Pick to Win It, Howard Lederer, is nowhere in site. Huck is gunning for his fifth bracelet. Joe Serock, who is both NOT Joe Sebok nor the way Asian people would say Joe Sebok, is second in chips with 584,500. Todd Brunson, Doyle Brunson (going for a record-tying 11th bracelet), and Michael Binger are all still in contention as well. Get full chip counts here.

:: Event #13 ($2,500 NLH): This one had 1,008 entrants with 180 advancing to Day 2. Phil Ivey is among those in contention, sitting well above the average stack with around 65,000. With all of his bracelet prop bets, if Ivey were able to pull this out, he’ll pretty much be the straw that stirs the entire poker economy. Money bubble pops at 117. Get updates here.