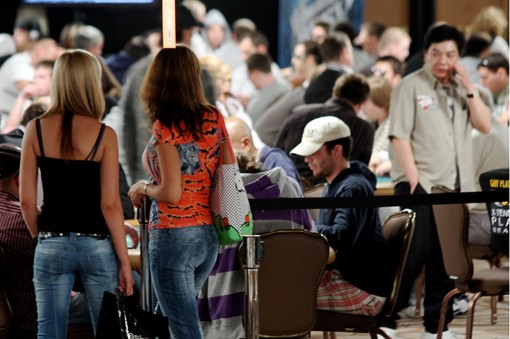 David Chiu is lurking and looking to claim another WSOP bracelet in the $5k NLH Six-Handed event.

Wow. We’re about 18 hours into the final day of the $50,000 H.O.R.S.E. and there is no end in sight. It’s just like high school. David Bach and John Hanson are in the middle of an epic heads-up battle. Follow that live here.

UPDATE: David Bach won about 15 minutes after this post went up. DAWGS.

Below is the rundown of the other events.

More action from Event #56 below…