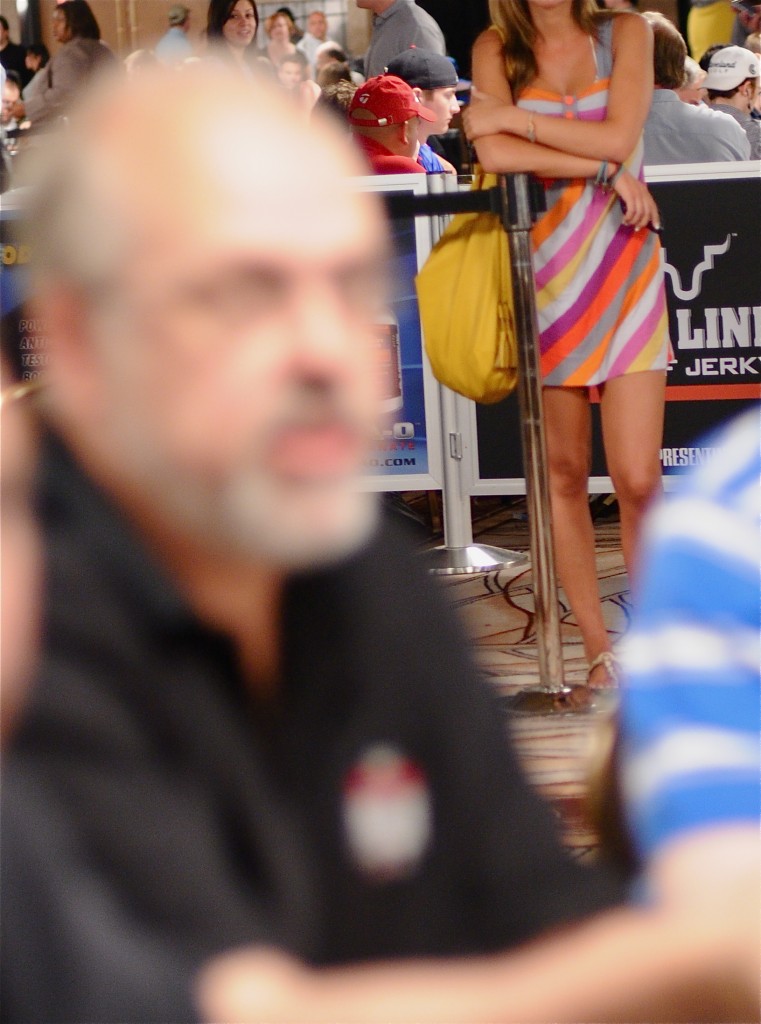 David Sklansky stares down his opponent today in the $1500 PLO event.

Event No. 6, the $1,500 Pot Limit Omaha event, drew a total of 809 players today, including creepy old dude poker pro David Sklansky (above). The final 81 will get paid with first earning $237,415. Last we looked at PokerNews.com, the site was down, but just before that it was also down, but just before that we saw last year’s EPT San Remo winner Jason Mercier (86,000) and Jesse Rios (72,000) were gunning for the chip lead at the same table. A few of the big names out already include 11-time WSOP bracelet winner Phil Hellmuth, Chino Rheem, Jeff Madsen, Clonie Gowen, a woman, Marcel Luske, James Mackey, a ginger, Yevgeniy Timoshenko, Jimmy Fricke, Bill Gazes, David “Devilfish” Ulliott, and the intense stare of Scott Clements.

Some more shots of the Girl on the Rail above below. 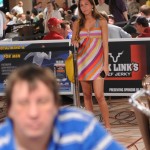 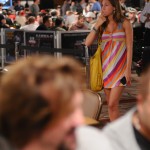