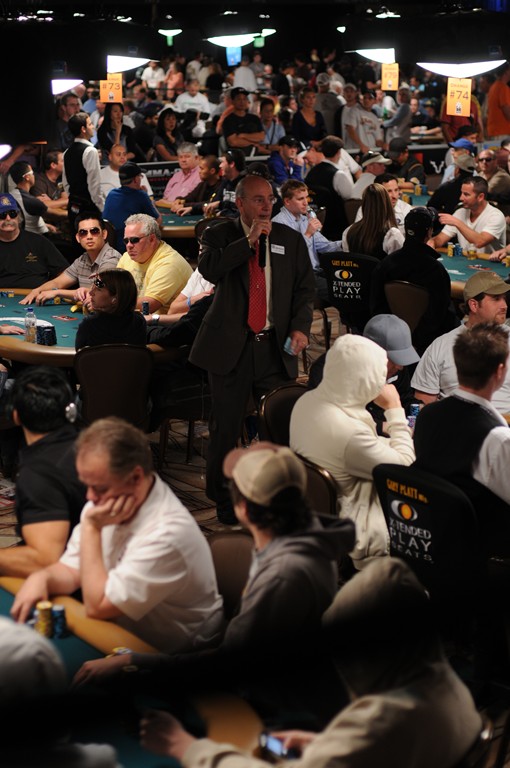 This can't be U.S. Rep. Benjamin Sinclair, the guy who proposed The Ocular Penetration Act, can it?

Like the movie Fast & Furious, action today has been fast and furious (haven’t used that one in years). Many events going on. Some quick updates:

:: The money bubble burst to a round of applause in Event #7 ($1,500 NLH). The bigger story though–the one only we are exclusively following–is if the tournament announcer today is the same guy from the Skull Fucking video on The Onion. Judge for yourself here.

:: The money bubble is close to popping for Event #8 ($2,500 2-7 Low-ball NL). Lots of big names among the chip leaders, including Vanessa Rousso, a woman, Phil Ivey, Layne Flack, Tony G, and Phil Hellmuth.

:: The final table for Event #6 is grinding down, with Max Pescatori in contention for his third bracelet and Hassan Habib in contention to prove he’s actually still alive.

Watch Evy Ng in Her First Event at the 2009 WSOP on RawVegas.tv