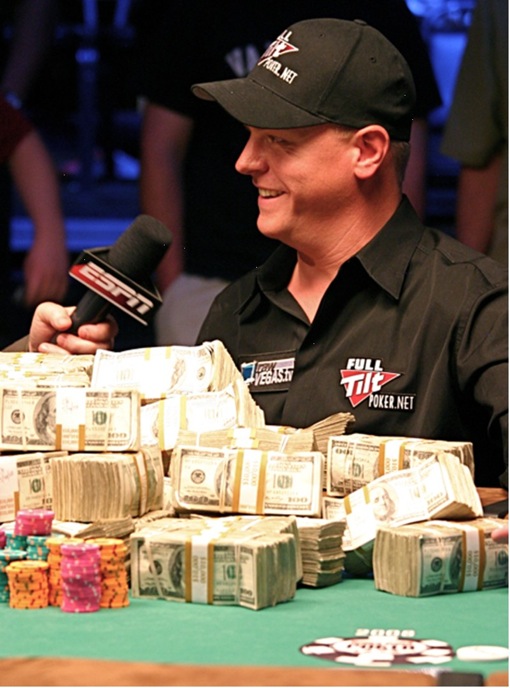 You know Norm, the only thing that would ruin this moment for me is having to sit through an entire Dane Cook performance...

Continuing our look back at some of our favorite stories of 2009, we almost forgot about this one: Erick Lindgren absolutely pwning Dane Cook.

Erick Lindgren and some friends went to a comedy show with Dane Cook as the headliner. Ten minutes into the Dane Cook set Lindgren et. al left the building because they didn’t really think that Dane Cook was funny. Dane from the stage, in a large building, says:

“Where the hell are you all going?!?”

“We’re leaving because your show sucks and you’re not funny,” responds Erick.

“Just walk back out that door to the unemployment line!”

“You know what? I am unemployed, have been for a long time, and make more money than you do. If I had my own Showtime special then I might even be funny too.”

We later talked to Erick and confirmed the details. He had planned to purchase a block of 100 tickets at a Dane Cook Las Vegas show a few months later, having a bunch of people get up and walk out, but the show conflicted with another event he was attending so it didn’t happen.