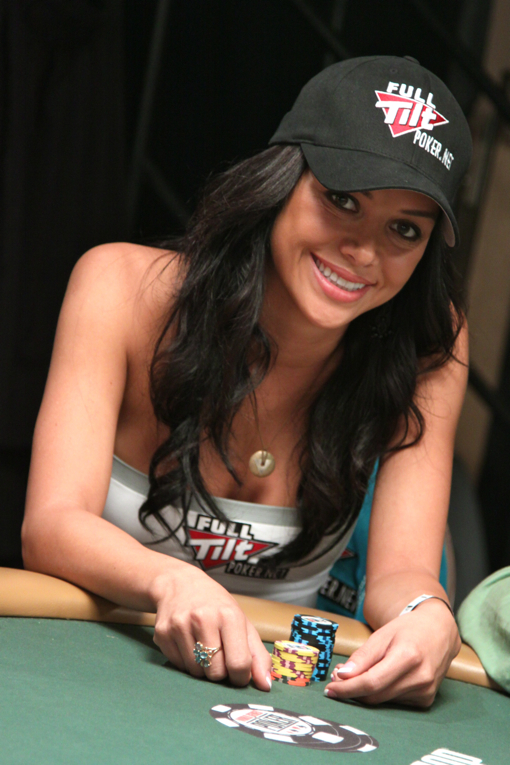 While we're not sure yet if Paola Martin made it through to Day 3 yet, we're pretty sure she wouldn't have a Tilt deal had we not put up copious photo dumps of her last year.

Day 2B of the 2010 WSOP Main Event concluded. Sunday is an off-day. The field finally merges on Monday for Day 3, and we’ll post the official total of how many remain when it’s released.

Not sure if the hottie in the above pic, Paola Martin (now with a Full Tilt deal?), made it to Day 3 like she did last year, so just in case we won’t have more pics of her, view the one’s from the 2009 Main Event here.

Get full chip counts here. Get 2010 WSOP Main Event updates from us on Twitter here.