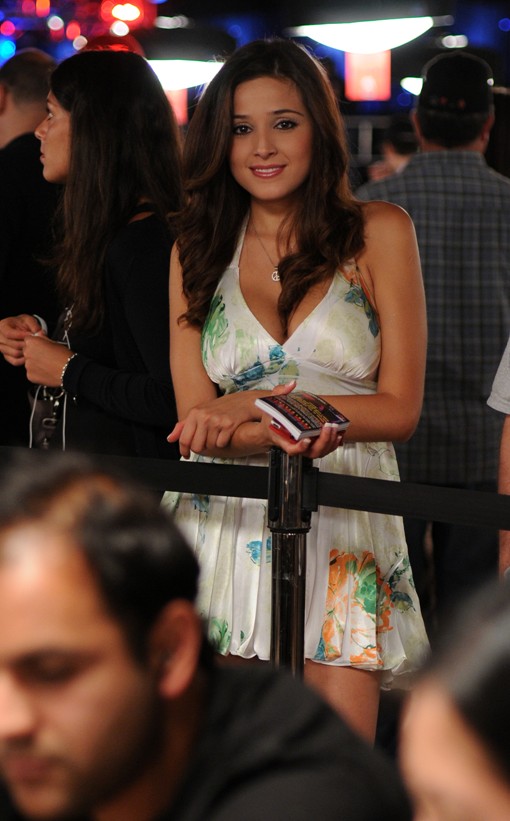 Gonna be hard to top Angel Girl, who showed up on the rail during last year's Main Event.

The 2010 WSOP Main Event just started with 2004 champion Greg Raymer given the curse of calling out the first ceremonial “Shuffle Up and  Deal.” Today is the first of four Day 1s.  Day 1a and Day 1c will combine to become Day 2a while Day 1b and Day 1d become Day 2b.

Like every year, the talk the first four days is all about whether there will be smoking hot Girls on the Rail, and after that, how big the field be. Regarding the former, it’s going to be hard to top last year’s talent (see Angel Girl and Miss Hungary 2008) but we’re hoping/praying to be surprised. On the numbers front, last year’s 6,494 was a drop from 2008’s 6,844, with many people blaming The EconomyTM for the decline.  Not much has changed on that front but with numbers up across the board this year at the WSOP, most are predicting the field to out number 2009. Go ahead and give us your predictions in the comments.

Stay tuned for some updates and photos from the 2010 WSOP Main Event today including Girls on the Rail photos.