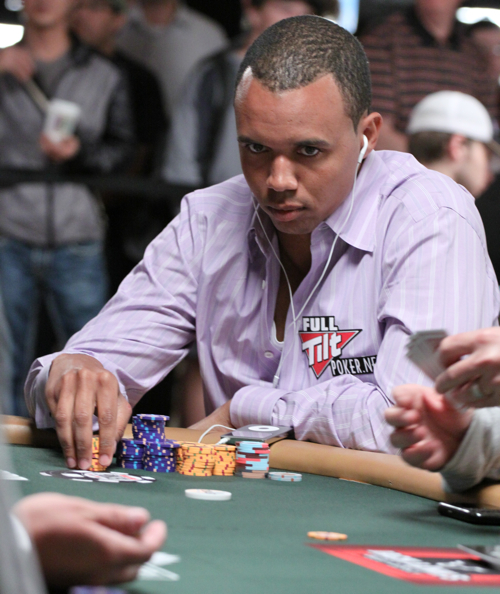 Phil Ivey is not walking through that door, people...and we should get over it, because the final 27 is solid.

This is our sixth WSOP Main Event. Of all the years, nothing compares to the excitement and energy felt by all last year heading into the final day. Ivey. Esfandiari. Shulman. Margets. Ginger logger. Top notch stuff.

This year, nowhere near the same energy level. And it’s sort of weird, because when you see the list of names remaining, there are plenty of legit players.

First though, we’ve got the two chip leaders: Joe Cheong (24,490,000) and Soi Nguyen (23,100,000). Cheong is known as “Subiime” on Donkdown and rocked the donkdown hat until sponsorship dollars came calling. And the 27 year-old Nguyen is one of 47 billion poker players with the last name Nguyen.

Cheong and Nguyen are five million chips (or as would be the trend this year, T5,000,000) ahead of third place Pascal LeFrancois (15,780,000). For those worried about another Antoine Saout Frenchie going deep, Pascal is only half-bad: he’s French-Canadian.

So clearly plenty of names people within in the industry have heard of and a few that casual fans would know well, but still, nobody you’d pay to see in concert, if you know what we’re saying.

Our new Fokke Beukers/David Assouline favorite name remaining is Mads Wissing (3,070,000). Sorry Mads, looks like we just sealed your fate and you’re going out in 27th.