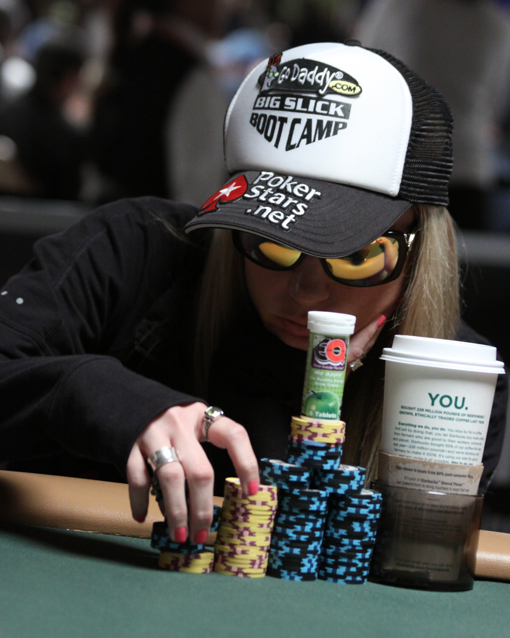 Vanessa Rousso, a woman, saw her hopes of becoming the Last Woman Standing dashed during Day 3.

A total of 1,203 remain after Day 3 of the 2010 WSOP Main Event. That means we’re only math math math 456 from the money. That’s right, only 456 people to go before many realize their dreams. It’s a dream so close the remaining 1,203 can practically touch it, feel it. It’s within their grasp. The dream is still alive.

Also among the big stacks is still, amazingly, Johnny Chan, with 636,000. After Day 1 we were like, “yeah, that can happen sometimes,” and after Day 2 we were like, “ah, that’s cute, good for him…” but now we’re thinking, “WTF is this? Johnny Chan? Same Johnny Chan that was in Rounders Johnny Chan? Double rainbow.”

Also of note, all four Mizrachi brothers are still alive.