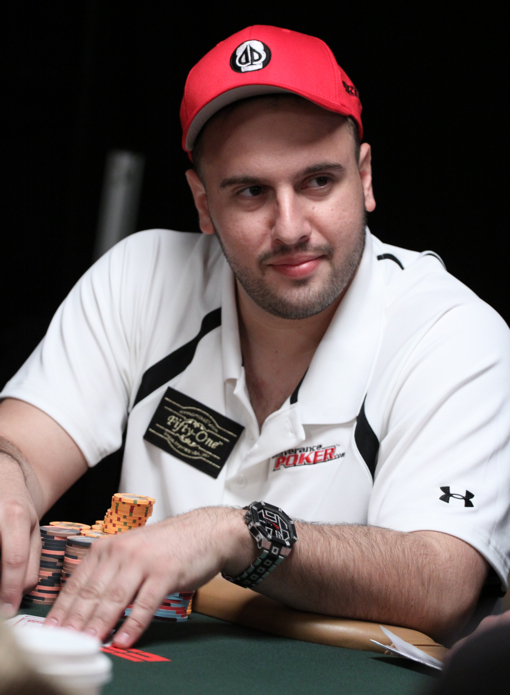 Heading into dinner break, here are the stories developing at the 2010 WSOP Main Event…

:: The Mizrachi Brothers: WTF at this stage, right? The Mizrachi’s have owned the 2010 WSOP. As of post-time, Grinder has assumed the chip lead (5,600,000ish) and Robert is still alive with 850,000. Unprecedented in poker if they somehow both make the November NineTM. In related news, the four Mizrachi brothers will likely outcash the entire field of women in the Main Event.

:: Dudes Who Need More Love: And no, we’re not talking about Imari “Doctor” Love. Some of the game’s best younger pros who don’t get much attention–The Intense Stare of Scott Clements, John Racener, David Baker, Tony Dunst, Eric Baldwin, and Garrett Beckman–are all still alive.

:: Still The Year of The ComebackTM: Although Johnny Chan would’ve been the big comeback story, there’s still Hasan Habib, who has amazingly managed to keep himself alive all of these years, Juha Helppi, and Jean-Robert Bellande kicking it.