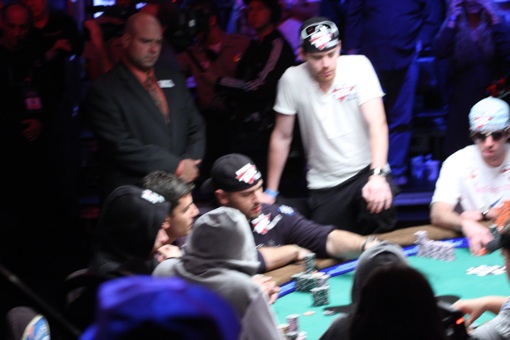 Jonathan Duhamel takes the chip lead to the final table. Duhamel was responsible for the crushing beat to Matt Affleck when he sucked out a straight on the river to crack Affleck’s Aces.

With Grinder’s final table, this would have to qualify as one of the most impressive WSOP’s in history. And capturing both the $50k Player’s Championship and Main Event is a feat that would likely never be duplicated ever again.