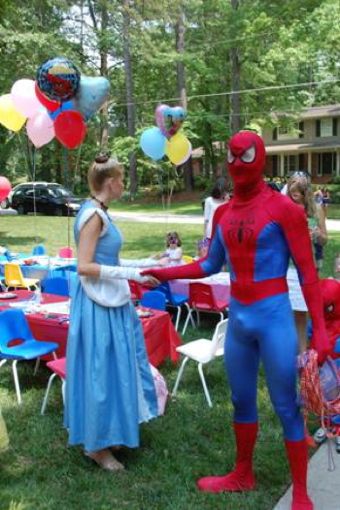 Never a good idea to flop the nuts at a kid's bday party...

Long-time friend of The Entities Freaky Diablo (real name) recently attended the birthday party of one of his kid’s friend’s.

Apparently the guy who dressed like Spiderman forgot to wear his cup or just really, really didn’t give a crap that his junk was very prominently on display for all of the party-goers. And bammo! Either he’s got the sickest sense of humor ever or he is tragically not self-aware.

Despite all of that, Spiderdong, as he’s come to be known, is still way cooler than this guy.

Anyway, Spiderdong will now be one of the repeatedly overused photos for us at the 2010 WSOP. What we’d like you to help us with is coming up with all of the potential captions for the photo. There are obvious ones like when somebody “flops the nuts” or is “yielding a big stack.”

We just want as many uses as possible. So comment away…