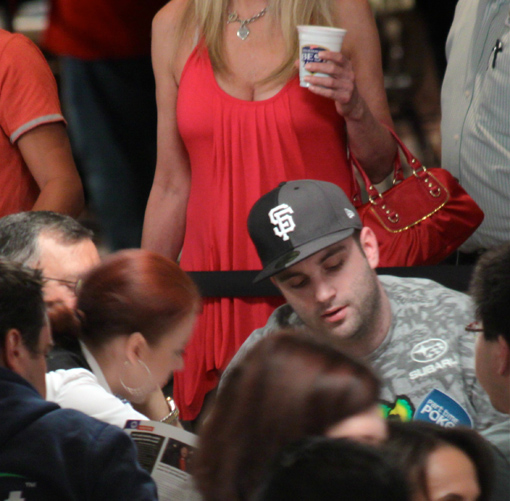 A pair of spectacular bracelets will be awarded today at the 2010 WSOP.

A lot of excitement today for the 2010 WSOP $25,000 six-handed event. Satellites were running for it all day at the Rio, and “many” expect a lot of Internet whizzes to show up for this one.

No bracelets were won yesterday, but plenty going on. Including some Brown Sugar on the Rail (below thumbs), which we rarely if ever see at the WSOP. Check out our full 2010 WSOP Girls on the Rail here.

On with the latest…