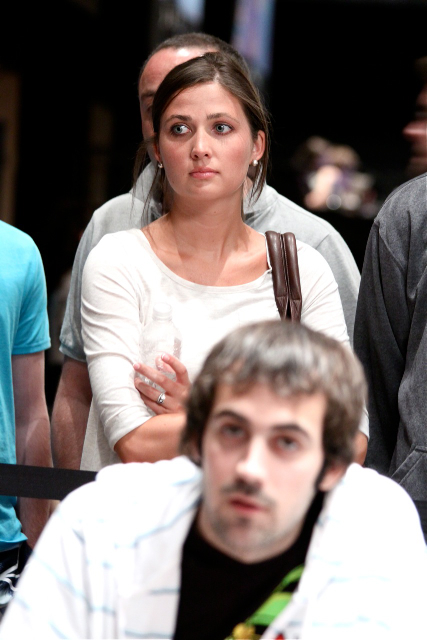 Jason Mercier (foreground) had his eyes set on the $5k PLO title but went out in 16th place.

Finally feels like some excitement and buzz is building as we get towards the 2010 WSOP Main Event. Plenty of big names are among the big stacks in the $25k Six-Handed event. Girls On the Rail are showing up. Good stuff. Here’s the latest.

:: Event #53 ($1,500 LH Shoot-Out) – The final event of the day brought in 548. Some table winners include Theo Tran, Jonathan Little, Nam Le, Barry Shulman, and finally making some sort of a showing at this year’s WSOP,Yevgeniy Timoshenko. Get the full winner’s list here.

* UPDATE: And by “Meh” we mean congrats to Joe Sebok‘s cousin Michael Linn.