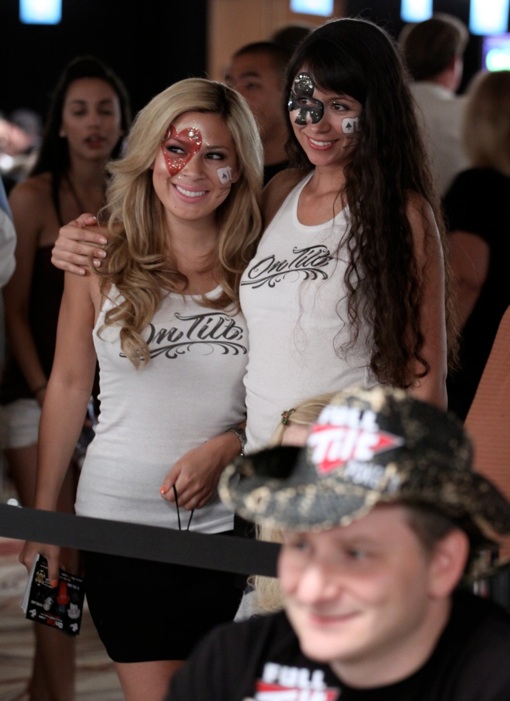 Andy Bloch (right foreground) has a pair of high profile second place finishes...will he break through for his first major win in Event #2?

Leading the way is the Roy Hobbs of poker, Kirk Morrison. Dude is great, The Natural. Disappears for extended stretches of time, shows up, pwns, goes away again. At the end of Day 2, Morrison is stacked at 741,000. He’s followed by Andy Bloch (above), who came in second in the inaugural WSOP $50k championship, with 716,500.

Just about everyone else remaining is notable with the exception of the guy in third overall, Mikael Thuritz (697,000). Yesterday’s chip leader, Erik Sagstrom, is fifth overall (656,000). Of the holy triumvirate (Hellmuth, Negreanu, Ivey), only Phil Ivey remains, stacked 24th overall with 324,500.

And for those hoping that Event #2 would kick off the Year of the WomanTM in the right direction–it won’t–as Jennifer Harman was eliminated.

Check back later this afternoon for our first Wicked Chops Poker podcast with Seth Palansky and Erick Lindgren.

And finally, a great idea from ScheckTwit that might come to fruition today…replacing the Ginger of the Day photo, perhaps a Jersey Shore DB of the day?

Get more 2010 WSOP updates from Pokerati, Tao of Poker , and Poker Road.