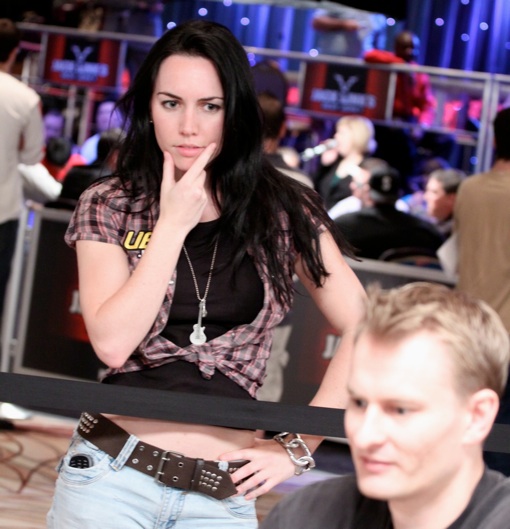 We chimed in on an Andrew Feldman chat on ESPN yesterday, and Mike from MN wanted some GOTR pics, so we hope a little Liv Boeree On the Rail works for you...

You’ll be hearing this from us a lot over the next four week, but “lots of tournament action” going on at the Rio. Here’s the latest 2010 WSOP recap…

:: Event #6 ($5,000 NLH Shoot-Out) – Day 2 of this event was loaded with some big names–unfortunately none of them won their next round to make it to the final table. Neil Channing and Nicolas Levi are among the remaining. See the rest here.