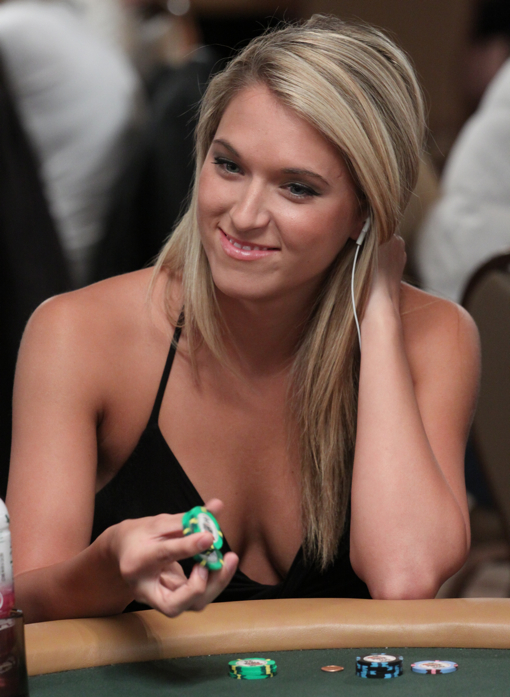 Christine Pietsch, a woman (not pictured) came thisclose to winning a bracelet in Event #21.

A lot of action around the Rio yesterday. A woman almost won a bracelet in a non-woman’s only event, and (fortunately) a man will not be winning one in a woman’s only event. Here’s the recap.

:: Event #20 ($1,500 PLO) – In what was the largest field ever for a live PLO tourney, it looked like Nenad Medic was going to cruise towards his second WSOP bracelet, but he ended up finishing second, losing heads-up to Tex Barch. This is Barch’s first bracelet, and he banks $256,919 for the win. Barch finished third in the 2005 WSOP Main Event, cashing for $2,500,000. Since then, he’s had a few sporadic cashes, and nothing since 2008. Time for Steve Dannenmann, a ginger, to step it up. Get full final table payouts here.

:: Event #21 ($1,500 7CS)  – Big story here was that Christine Pietsch, a woman, almost helped make a case for it being the Year of the WomanTM by capturing a bracelet. At one point she had a significant chip lead, but unlike Wilson Phillips, she couldn’t hold on. Pietsch finished second, banking $86,756. Still, women now have a couple of thirds and a second, so “one” would think a bracelet or two might still be in the mix. In related news, Richard Ashby won the bracelet, his first, taking home $140,467. Get full payouts here.