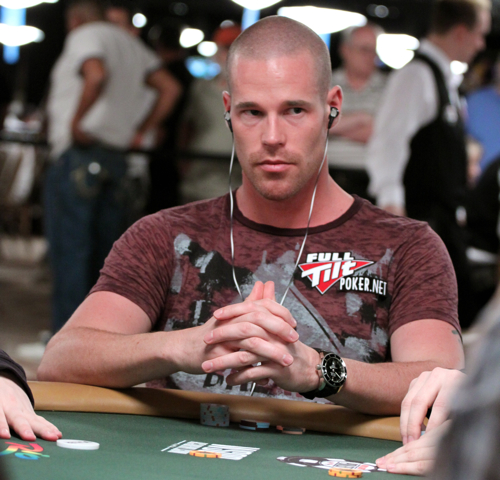 The following is a list of Patrik Antonius‘ major live tournament titles:

So maybe he’s sick of looking at a mantle with nothing on it. Or maybe he just really wants his Federated Sports+Gaming poker league thingy tour card. Whatever the case, Antonius finds himself at the 2011 Aussie Millions Main Event final table in fifth place overall, stacked at 1,300,000.

Chris Moorman is also still alive, albeit as the shortstack, with 955,000.