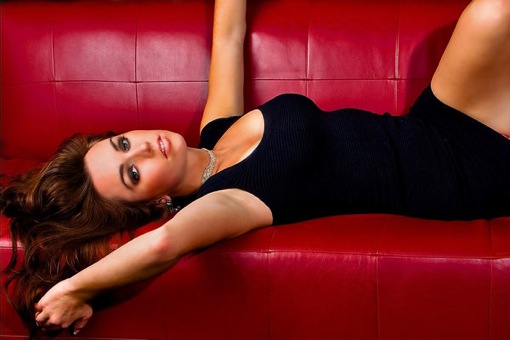 Liv Boeree is one welcome addition to this year's NBC Heads-Up field...

As always, there’s some “Way to get that right, nice call” additions and some complete head-scratchers.

A couple first-timers that fall into the welcome addition bucket would be the man the myth the legend, Black Phil Ivey, Big Sldick, the one and only Dwyte Pilgrim as well as Daniel “Jungleman12″ Cates. Pilgrim should infuse some much needed trash talk/fun to the show, and Cates is just a flat-out sick heads-up player.

Somehow still getting invites are former WSOP champs like Greg Raymer and “Salty” Joe Hachem, and high-stakes TV regulars like Eli Elezra and non-high stakes TV regulars Allen Cunningham and (albeit a great TV personality) Phil Gordon. And while you won’t find a person with a bad thing to say about Eugene Katchalov (auto-qualifier?) and Kara Scott, not sure the value they’re adding.

The one element that would add some increased buzz to the event is the celeb factor. Now, this is more challenging than you’d think, as the aforementioned celebs need to be available from Thursday March 3rd through Sunday March 6th and be willing to potentially drop at least a portion of the buy-in.

Regardless, there’s only so much Don Cheadle and Gabe Kaplan an audience can take. There’s plenty of younger Hollywood talent/personalities that could inject more mainstream interest in the field/broaden the audience for the show. Or get NBC to put stars from their properties in the event (surprised this hasn’t happened yet, actually).

Read more on the release here.