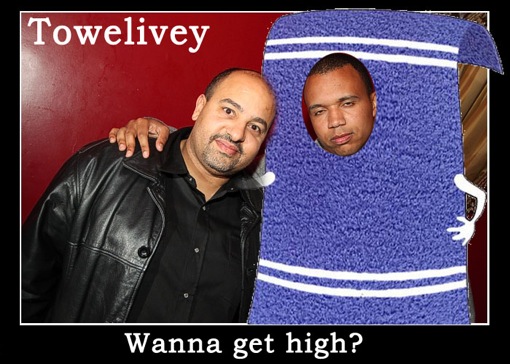 The Thread of the Year was a gift that kept on giving.

Last year, our Thread of the Year award went to what we considered legitimate creative genius: The Godfather of Poker.

This year, we went a different route: pure unadulterated laughter.

The backstory: In a time before 4/15 (sniff), before Full Tilt shit the bed, before all the money was drained out of the U.S. poker economy, Phil Ivey decided to go to some party in a Montreal club called Muzique. It turned out that Muzique was chock full of fucking weirdos. And photos from the party were put on the so-called “Internet.” And someone on 2+2 discovered those aforementioned photos. And then the 2+2 Photoshop kings went to town.

And then we laughed, frequent and often.

Especially after the old blind guy showed up.

So congratulations to our Thread of the Year Award winner: Phil Ivey Wasted in Montreal Club.