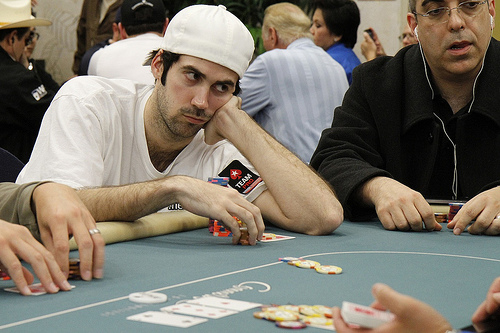 Jason Mercier finds himself in familiar position as he's among Day 1 chip leaders at the WPT LAPC.

A total of 666 entered Day 1 of the 2011 WPT LAPC Main Event. Registration remains open for a portion of Day 2, and while it’s unlikely the field will top last year’s 745 (and $1.7M+ top prize), first place should still end up earning over a milli.