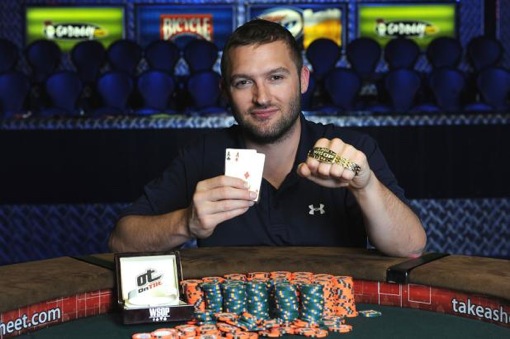 Given the flood of news coming down the pipeline to us regarding the Full Tilt Poker shutdown by Alderney, we’ll keep this 2011 WSOP update brief.

The big leads are that three bracelets were awarded on Tuesday…the guy who should’ve been POY last year–Michael “The Grinder” Mizrachi— has finally awoken and is in contention for a bracelet…and the guy who could be this year’s POY– Ben Lambeer— finds himself positioned for his second bracelet of ’11.