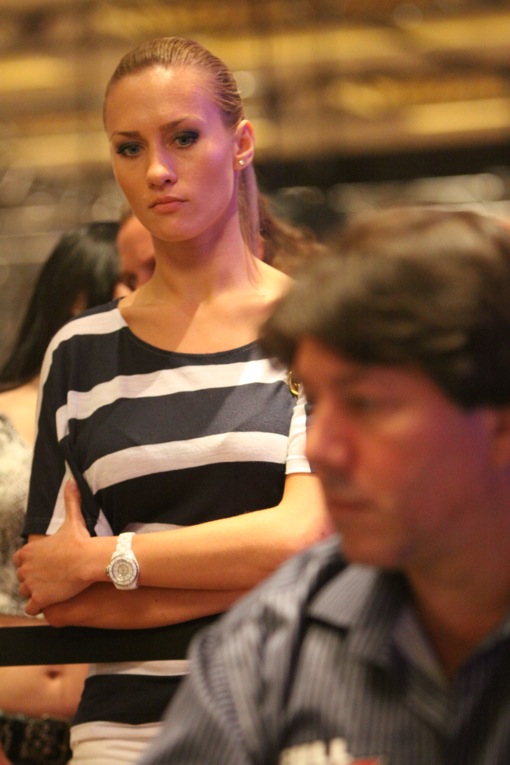 David Benyamine is looking good in his first 2011 WSOP event.

The 2011 WSOP started with a bang. If every day has 1/10th as much drama as yesterday, this is going to be a fun World Series.

And now, the crazy stuff.

:: Phil Ivey‘s statement and subsequent lawsuit against Tiltware/Full Tilt Poker is an industry game-changer. There are some ways that Ivey has handled his business, specifically his media inaccessibility, that’s we’ve been critical of in the past. But his statement was not just the ballsyest thing someone has done in the industry, but it was also among the most morally ethical. Full Tilt has been mismanaged by Ray Bitar and crew for years. Full Tilt is still being mismanaged by Bitar. Ivey had enough. Ivey took a stand. Ivey is the man.

:: First reported on Poker News, James Bord verbally eviscerated John Juanda after being KO’d in Event #2. Bord called Juanda a “thieving prick” and “disgusting human being.” While Bord has more intimate knowledge of the Full Tilt situation than most, this incident likely was more personal and specific to Juanda. Bord supposedly made some physical threats to Juanda, and Juanda told security that he “did not feel safe” at the event with Bord around.

:: Nick Rainey went on QuadJacks to talk about his Tilt situation, and went on the warpath. Discussed how Tilt wouldn’t pay him out $300k for a tournament win, how Full Tilt player rep Chris Porter (still) works out of his kitchen in the U.S., the selling of rakeback accounts, and how Bitar used player money for advertising and marketing spends. Read about it / listen here.