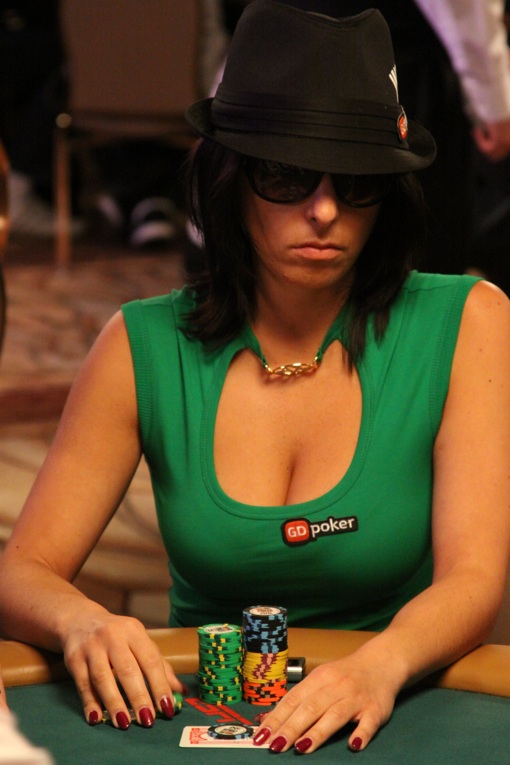 Italian rounder Carla Solinas was one of many pros who brought out the big guns on Day 2B.

We’ll have what Ben Lamb is having.

Lamb has made the 2011 WSOP his coming out party. He’s second in Player of the Year rankings (behind Phil Hellmuth). And he’s now chip leader at the 2011 WSOP Main Event for the second straight(ish) day, sitting with 551,600.

Wednesday is an off-day as the two merged fields come together on Thursday for Day 3.

Get an excellent full Day 2B recap here.