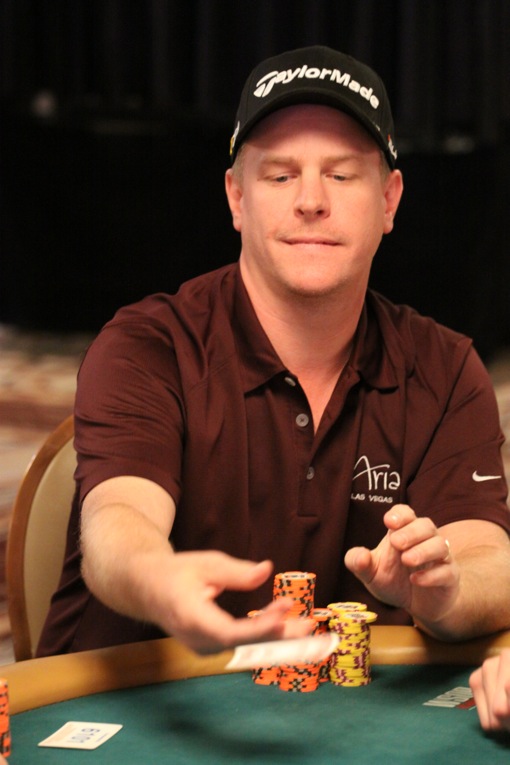 Erick Lindgren short-stack ninja'd his way to Day 6 of the 2011 WSOP Main Event.

Leading the way is David Bach, who ended play stacked around 4.8M. He’s followed by Ben Lamb, who despite bluffing off his chip lead at the end of the night is still running like God, with a little over 4M.

And on the Last Woman StandingTM front, we still have three women left. Leading the way is still Claudia Crawford, a woman, with around 2.5M. Amanda Musumeci, a woman, ended with around 1M. And Erika Moutinho, a woman, closed with around 700k, or about 100k more than her boyfriend, David Sands.