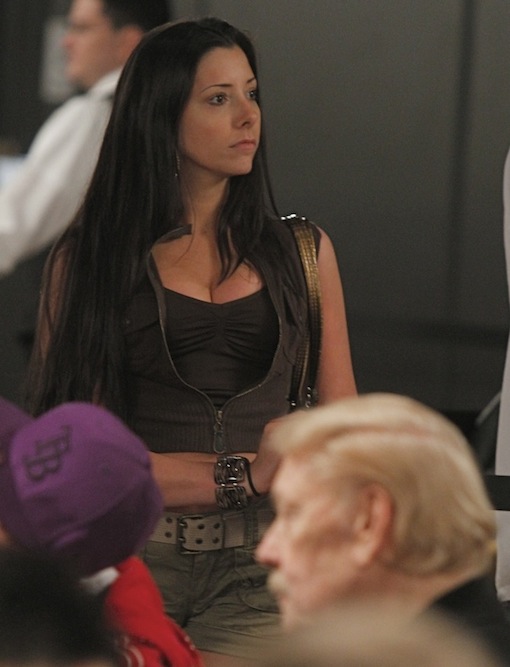 Jerry Buss made it through to Day 2 of Event #11 but not stacked nearly as well as he would've liked.

:: Event #8 ($1,000 NLH) – Day 3 gets underway in just a bit, and leading the way when that does happen will be Jon ‘PearlJammer’ Turner, a ginger, who has a soul-stealing lead of almost 200k in chips over Kyle Speake and Hunter Frey, second and third, respectively. Other notables remaining in the 59 player field include Jonathan Duhamel, Eric Mizrachi and… that’s about it, which is par for the course in a $1k donkfest. Get full chip counts here.

:: Event #9 ($1,500 2-7 NL Lowball) – Matt Perrins rode his final table chip lead all the way to a bracelet in this event, walking away with $102,105 for that feat. The most notable player at the final table, Jason Mercier, also started as the short-stack and was, therefore, the first to bust. Full payouts here.

:: Event #10 ($1,500 NLH 6-Handed) – The impressive starting field of 1,920 was even more impressively reduced to only 188 remaining players in the span on a single day of play. Those players are now only eight spots from the money when play resumes today, and Anthony Spinella will sit down with the largest stack in the room when that happens. Notables still alive include Amit Makhija, Benoit (Balls!!) Albiges*, Matt Stout, Eric Froehlich, Erica Schoenberg (Lindgren?), Victor Ramdin and several others who were too far down the list before we stopped scrolling. Winner will be looking at a solid $544,388 for navigating this field, which will be awarded sometime tomorrow. Full chip counts here.

:: Event #11 ($10,000 Omaha Hi-Low Split-8 or Better) – 202 entered and 164 still remain with Fabrizio Gonzalez as chip leader ahead of Eric Buchman. Freddy Deeb, Erick Lindgren (Schoenberg?), Alexander Kostritsyn, Josh Arieh, Daniel Negreanu, the Intense Stare of Scott Clements and … holy shit… according to PokerNews, somebody named Prince of Docness (44,100 in chips). Awesome. Are they trying to bust CardPlayer again for ripping off their chip counts or is this a real person, who lives in his mom’s basement and has friends with names like Azriel? Or is Omaha really the devil’s game? Full chip counts here.

*Not actually notable, but deserving of this reference.