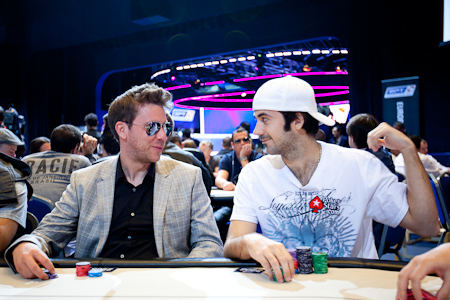 Jason Mercier was among the high-profile pros to survive until Day 2 of the 2012 EPT Grand Final.

Last year, the first Black FridayTM live event casualty was the EPT Grand Final. The tournament peaked in 2010 with 848 entrants. In 2011, it dropped to only 686.

UPDATE: Day 3 is underway. They are in the money. Super High Roller winner Justin Bonomo has surged up near the top of the leaderboard. Erik Seidel and Faraz Jaka are also among the big stacks. Leo Margets, a woman, and Maria Ho, a woman, are among the mid-stacks. But they all gettin paid.