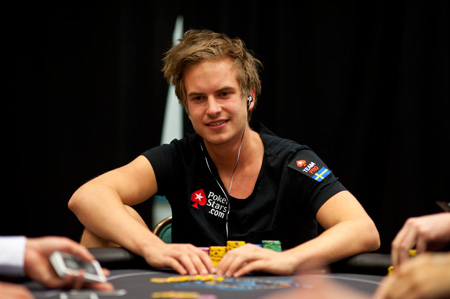 Viktor Blom looks to make his first major live score, as he's second in chips at the 2012 PCA Super-High Roller.

The robbery wasn’t an off-limit topic, as Daniel Negreanu got in a friendly jab, yelling to Duhamel across tables, “What’s up, Champ It looks like you pick women like I do.”