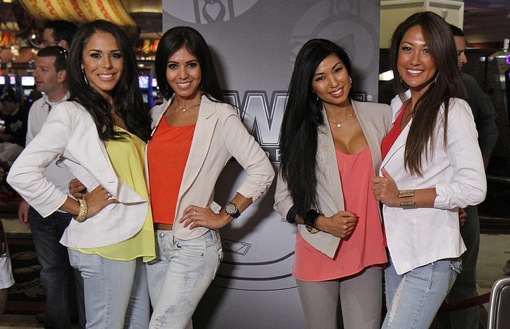 The WPT Championship added over 30 new faces on Day, not including the Royal Flush Girls.

In year’s past, that would’ve meant the Howard Lederers, Andy Blochs, and Phil Iveys of the world (see: Full Tilt, Team) had late entered. Not this time. None of those guys came to play.

Of the 95 players still alive, the field is littered with many more new- than- old-schoolers. Having said that, one of the old guard, Michael “The Grinder” Mizrachi, surged up to the chip lead by the end of Day 2. The Grinder ended play on top of the leaderboard, stacked at 428,200. He’s followed by Rinat Bogdanov with 381,000.