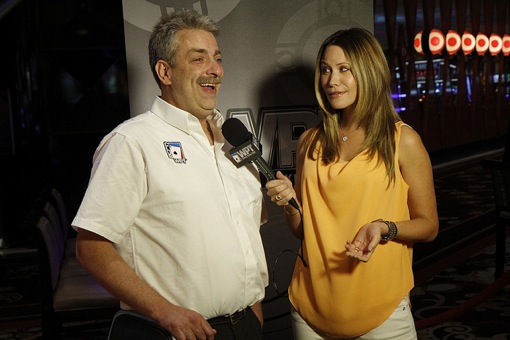 The 2012 WPT Championship is underway.

And as Sal told Raj while drawing his caricature on Impractical Jokers, “Yikers.”

Many in the industry last year expected to see the bottom fall out of the poker economy right after Black FridayTM. Live tournament turn-out was expected to decline significantly. Then the WPT crushed expectations (in Florida first, then at the 2011 Championship). The 2011 WSOP followed suit by raking record numbers.

For the most part, every live tournament series except the Epic Poker League did very well.

The tide was expected to turn eventually, and it may just have with the WPT Championship.

The first major U.S. event a year after Black Friday brought in just 103 on its Day 1. That’s down from 188 on last year’s Day 1 (by the end of registration, the total field had increased to 220).

While registration will remain open through a portion of Day 3, we don’t expect to see anything approaching 220 this go-around. The money is running dry for these bigger buy-in events, and many players are conserving their bankrolls for the WSOP.

Regardless, a strong field of the usual suspects entered on Day 1. Leading the way is the still running massively hot Steve O’Dwyer with 231,750. O’Dwyer has over 20 cashes the past year, including a slew of first and second place finishes in international events.

A total of 98 survived Day 1. Phil Laak and Erik Seidel were among the early KO’s.

Get a full recap and chip counts here.