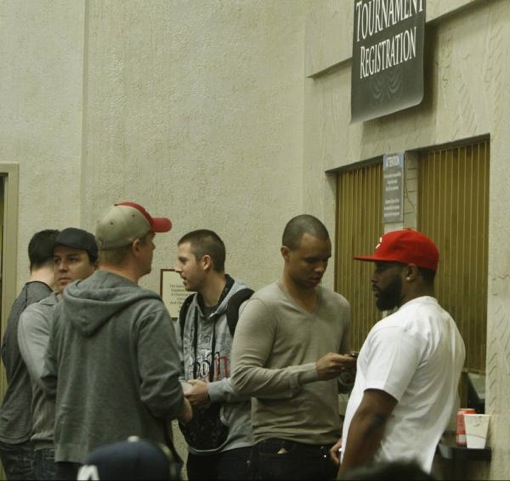 With registration still open through the start of play on Saturday, a massive post-Black FridayTM turnout of 523 have already entered. First place will get paid at least $1.3M.

The big story of the day–Phil Ivey made his first U.S. tournament appearance since he a-bombed Full Tilt with his May 31st lawsuit.

Ivey continued his strong start to 2012 (not having the safety net of FTP monthly dividends can do that), finishing the day with 116,300. The other two members of the Holy TriumvirateTM—Phil Hellmuth and Daniel Negreanu–finished with 71,325 and 0, respectively (Negreanu was among early Day 1 casualties).

A total of 396 survived. Get full chip counts here.