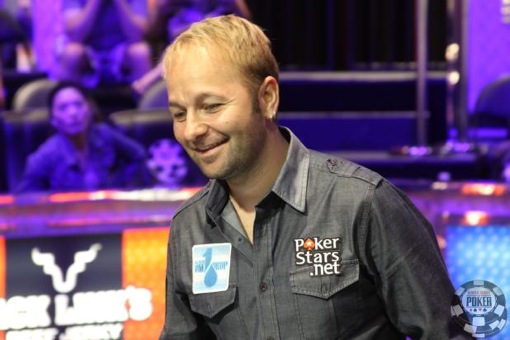 Daniel Negreanu got bad beat out of his fifth bracelet.

This is a big weekend for the WSOP.

So far, the energy has been fairly dead in the Rio. That picked up a little bit yesterday as Daniel Negreanu went for bracelet number five and a number of well-known pros were making runs in events. With the $1,500 NLH event today–we’ll see if the numbers begin to up-tick, and the WSOP starts feeling like the WSOP again.

:: Event #5 ($1,500 PLH) – The highlight event of the day showcased Daniel Negreanu going for bracelet #5. He started play stacked sixth out of nine. With five remaining, Negreanu got his stack all-in with A-Q vs A-J, but got rivered and was eliminated, earning $41,683. The event was won by Nick Jivkov, who earns his first bracelet and $189,818. Get full results here.