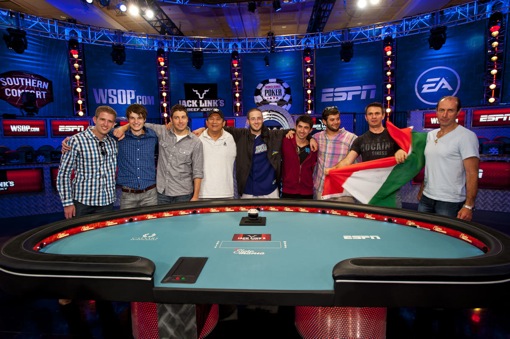 It’s that time of year again! Time to crank out the annual Good, Bad, Meh for Poker list.

Usually, we drop the list the day after the WSOP Main Event table is set. However, this year there were a few factors that delayed our publishing: 1) none of the Entities were at the Main Event (business reasons) after the Day 1’s, so we didn’t get to see any of the guys, 2) we’ve never heard of any of the the Octo-Niners before, so 3) we needed to watch some TV and talk to other players, media, and industry types to get a feel.

And oh yeah, also, a big #4: after the two hot girls were eliminated in 11th and 10th place, everyone else was dead to us anyway. Seriously wtf. Worst. Beat. Ever.

During the poker boom years, the WSOP final table has been like a Rush concert: completely lacking vaginas. Getting just one female (especially a hot one, which miraculously both were) at this year’s final table would’ve transformed the buzz factor for the event by x1000. Getting two? Holy shit. The final table would’ve been as talked about as the Bachelor Pad 3 finale.

Ok maybe not that much…but close.

Anyway…we probably can kill some of the drama by saying there’s a whole lotta meh here. However, as always, a few caveats with the list: if somebody falls into the “Bad for Poker” category, this does not mean he is actually a bad guy. And vice versa. For example, many could argue that Dennis Phillips was “Good for Poker,” but that doesn’t necessarily make him a good guy (That’s right! Still taking Dennis Phillips shots after all these years!).

With that in mind, here is the 2012 WSOP Main Event Good, Bad, Meh for Poker list.

We’re eternally optimists, in that we’re positive we’ll eventually be optimistic about something. So let’s start with the good. 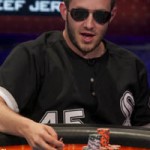 As the watermark indicates, photo courtesy of BLUFF.

Merson’s story actually has the most variance. Could be really good, could end up really bad. Because we’re optimistic today, we’ll throw him in the “good” category (although we considered netting him out at “meh,” as you’ll see).

On the plus side: Merson is a 2012 bracelet winner; he’s played by most accounts more hands of poker than anyone in the world the past few years; and his friend Michael Phelps–he of an Olympic record math math math 497 gold medals–has pledged to sweat him at the final table.

On the downside (potentially): Merson is a recovering drug addict.

If Merson doesn’t allow the momentary brief burst of fame go to his head like so many delusional assholes in this industry have before him, his story of redemption–how poker saved his life–has some real teeth to it.

If he slips, not good times for anyone involved.

Jeremy Ausmus – Thirty-three year-old pro Jeremy Ausmus, who cashed 9 times (jack-high!) this summer, has the most compelling, media friendly backstory of any Octo-9’er: he has a baby due the week of the final table.

That’s right, his wife could give birth while he’s playing for poker’s biggest prize.

If there’s one thing mainstream media likes, it’s stories about babies, things that we don’t know but that can kill us, and Tim Tebow. If Tim Tebow were to actually deliver Ausmus’ baby in a bathtub made out of some new material that nobody knows about (yet) but may be so toxic that it can kill us, even better.

Ausmus is a well-liked, decent looking guy. If his wife gives birth while he’s winning the Main Event, expect him on every talk show across the country. 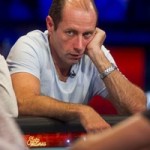 We respect a man who won’t let his hair go.

Michael Esposito – The WSOP viewing audience has always had a love affair with the middle-aged working man who defies the odds against a bunch of sharks and makes the final table.

So what if he’s the oldest looking 43 year-old in the history of poker (which if you saw Hasan Habib in person back in the day, says a lot). It takes some serious Jeffrey Skilling sized balls to rock that hairdo.

Oh we still have to write more? All right all right.

Jesse Sylvia – He’s the chip leader. He’s 24. He has one WSOP cash to his name before this. His former roommate and friend Russell Thomas is also at the final table. Unfortunately bromances are so 2009. Meh. (read more if you want here)

Steven Gee – The 53 year-old already has one bracelet to his name. Unfortunately, nobody really knows his name. On the plus side, Gee looks like Jacob Balsiger compared to Michael Esposito. Asians age well. More on Gee here. 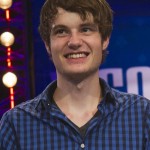 From Hogwarts to the final table.

But hey, he’s living the dream. He’s probably been laid more on campus since making the final table than a nymphomaniac female Craigslist personals poster. Eff you, youth and money!

Andras Koroknai – Not to pick on the foreigner, but let’s just say Pius Heinz didn’t exactly knock it out of the park as poker’s unofficial face/ambassador the past year.

Koroknai is from Hungary. He’s 30. He’s second in chips. He’ll be immediately forgotten.

While he seems like a nice enough guy, given how anonymous this year’s final table is–Koroknai is probably the perfect winner for it.

And the worst case scenario for the WSOP.

That’s it for this year’s list. As always…hoping for the best, preppin’ for the worst.