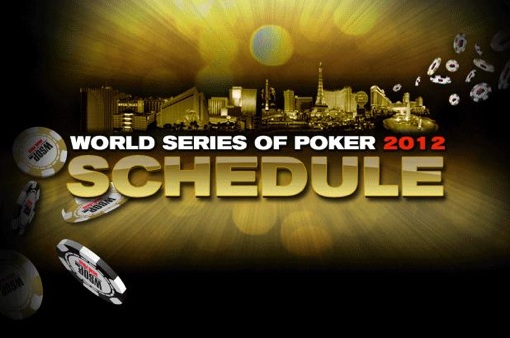 The 2012 WSOP schedule was announced today.

The big news is–despite speculation that it would be axed–the November 9 will remain for one more year.

Except it’ll be played in October. October 28th and 30th to be exact. Expect lots of wacky Halloween costumes in the stands.

The reason for the change: the WSOP did not want to run the Main Event final table during the same time frame as the U.S. Presidential elections.

Otherwise, the 2012 WSOP schedule is mostly the same as the past few years.

The WSOP clearly expects this year to be bigger and better than its record-breaking 2011 iteration. A total of 61 bracelets will be up for grabs in 2012 (three more than last year). A total of 92 tables will be added this year as well, as the Rio is opening up the Brasilia room to accommodate the expected overflow.

Get a full breakdown of the new events and schedule on wsop.com here.